For "Tides of Impossibility", the upcoming fantasy anthology edited by myself and C. Stuart Hardwick﻿ , I again sought the visionary expertise of David Sidebotham, the artist behind Unfinished Creation﻿. The cover art he delievered is in my opinion the best stand-alone illustration I've ever seen him produce. It features four primary figures composed in violent contrast with gentle, smooth colors.

Over the next few days I'll be showing off close-ups of the mythical characters that David created for the anthology's cover. I want everyone to see how complicated each figure is before I reveal this incredible cover in its entirety. 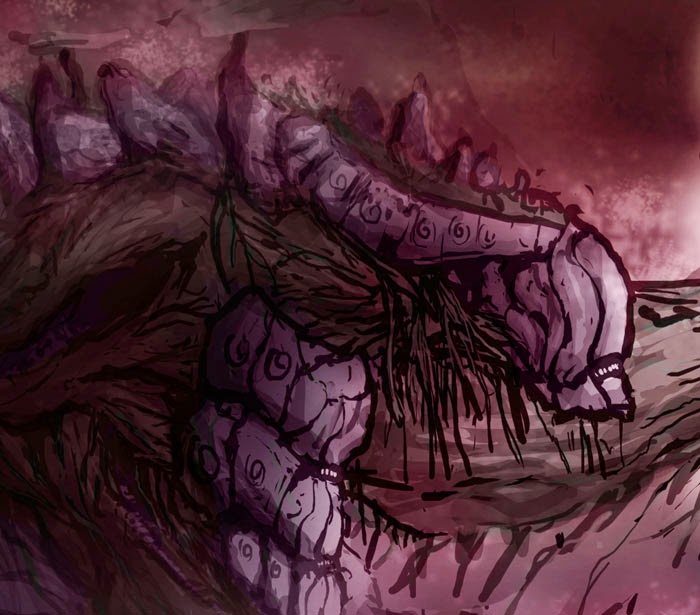 Very soon, we'll be announcing the complete table of contents! Those who have already earned their ebook by participating in the Kickstarter campaign can look forward to some great fantasy reading not long after.
at 9:42 AM