This 4th preview of David Sidebotham’s cover for the Tides of Impossibility fantasy anthology features the last of the four principle figures of the composition. She still has some features in common with the first inhuman figure and the faceless woman, but the tone of this figure is a clear departure. She is much more similar in appearance to the character in the last preview, darker and less orderly. Unlike that figure, though, her face is turned away. However, this also means that is the only figure who is not looking directly to the left or right, parallel to the composition. Uniquely, she is looking back on the composition itself.

Next I’ll post the completed cover, all four figures and their surroundings. The full scene is spectacular. 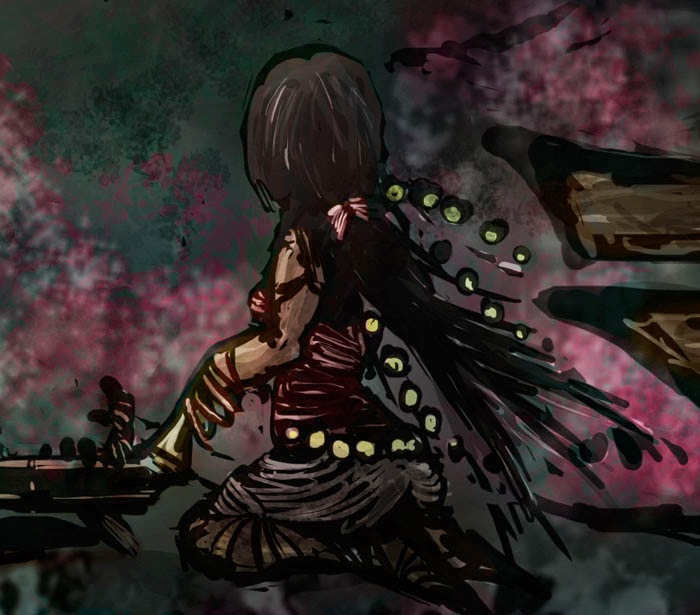 (see more of David Sidebotham’s work at Unfinished Creation)
at 11:57 AM