This one has been a long time coming. I haven't released a new book since my debut novella, Absolute Tenacity, in January of last year. Atargatis has been a manuscript since well before then, the idea maturing over time and going through several phases of rewrites. About six months ago the final thematic piece of the story clicked into place in my head and triggered massive rewrites. I'm pleased to announce that I'll be releasing Atargatis on April 20th, in just ten days. 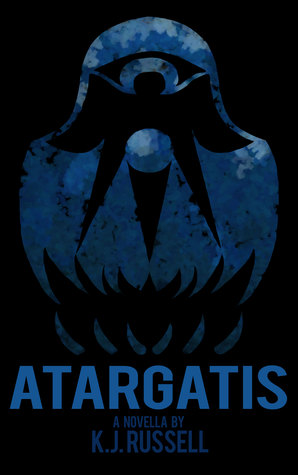 A Goddess stirs in the deep...

The underwater city of Atargatis is the only bastion of the last humans, a genderless population of nearly identical clones. They share their ocean world with a sea-faring species, the Scorps, who have prophecied human extinction. As the day of that prophecy nears, Atargatis fearfully blocks the Scorp pilgrimage to their goddess in the deep ocean.

The Scorps' only advocate among the humans, Senator Edessa, is convinced that the Scorps' true intention is to save humanity from the prophecy. But when Edessa's last ally is assassinated in a coup by his nemesis, all political pretense falls away and Edessa is no longer safe in Atargatis.

Watch for the ebook on sale starting April 20th, and print not far behind! For now, find it on Goodreads.